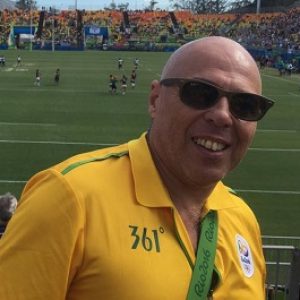 Be prepared for another audio-firework with Ricardo Setyon! Ricardo – world traveller and speaking 8 languages – has a lot more to share in today´s second part of his podcast interview. No wonder, because only one podcast episode is a bit short for somebody, who lived on almost all continents and who has accompanied 8 Football World Cups, 10 Under 20 FIFA World Cups and 6 Summer Olympic Games, besides numerous coverages in the Formula 1 during 6,5 years.

Ricardo, as a close friend of Zico, was also acting as senior consultant in Zico´s  campaign for his FIFA Presidential Candidature. Very interesting, what he is going to explain here with regard to this candidature and Zico´s reasons for his withdrawal! And this topic could´nt be more up to date after the recent elections for FIFA president just one week ago …!

It´s up to everybody oneself to consider the nomination process for such a candidature and the belonging mechanism as a mirror image of our society and this in many respects… Just as the current situation of Ricardo´s sport students, which should also be thought-provoking with regard to their future prospects in Brasil and with regard to the existing form of society! And the Brasilian circumstances are not so far away from Europe or any other places in the world as the public media may try to make us thinking.

A personality as Ricardo in any case enjoys tremendously spending time together with quality people and prefers opening his arms instead of closing them!

Current profession: Professor at theTrevisan University in Sport Management and consultant for sport management projects in Brasil and abroad

„No-no“ that he is unwilling to tolerate at all: Injustice, lack of respect, racism and religious limitations

He is not only an international sport expert with an outstanding treasure trove of experience, but also a fascinating character who has really a lot to share with other like-minded people.

Enjoy the continuation of Ricardo´s interview with today´s second and last part 2! 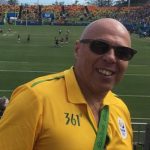 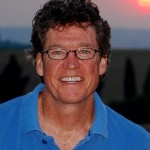